PvP is a large part of the game and can net quite the tidy profit for those that are good at it (or lucky enough to get carried anyway). To those wanting to make gold, they can maximize profit with multiple characters. The trick is that making Tera gold in PvP means winning, a lot. There are two main strategies for money making through battlegrounds. They are:
● Vanguards/KS Points
● Daily Boxes

Vanguards/KS Points
This is slightly derivative. But winning battlegrounds fulfills a player’s daily vanguard quest. By winning in PvP a player can net a large number of vanguard points, flat gold, and feedstock. This is especially true for the players that can win Corsair’s Stronghold multiple times. 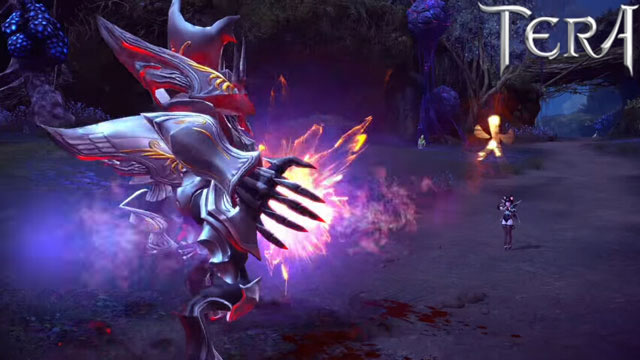 Daily Boxes
Now, this is where the real money comes in. Every day, each character has 3 available boxes he/she can receive for winning in battlegrounds. They are from winning once in Corsair’s Stronghold, Gridiron, and Kumasylum. These boxes are called, Sea Chest, Gridiron Superbrawl Rewards, and Kuma’s Toy Chest. They can be claimed from the Valkyon Federation Headquarters in Velika.

Corsair’s Stronghold is a 20v20 attack/defense equalized battleground. It is based on protecting one’s anchorstone against the other team for one phase. Then replaying the same map whilst swapping roles with the other team. On average, the match time is 25 minutes.

Gridiron is a 15v15 unequalized battleground where the objective is to get 70 kills total for your team within an arena. Players that are not so good at PvP are advised to use the “Suicide Soldier” pylons to become bombs to bumrush the enemy. It’s a good way to catch groups of enemies of the guard and net free points for your team. Average match time is 12 minutes.

Kumaslyum is a 3v10 unequalized battleground where three players become bams, Kumas to be specific, they will have the traditional Kuma moves. The objective for the 10 players is to steal 3 Kuma candies hidden in chests around the map. The Kumas, aware of the location of the candies, must stop them. Whoever controls the most candies at the end of the match wins. Players should note that this battleground gives the least in terms of vanguard daily rewards. Average match time is 12 minutes.

The boxes easily sell on the trade broker. The Sea Chest sell for an average of 600g, whilst the Gridiron and Kumasylum chests sell for about 300g each. Doing all the daily boxes will net a player 1.2k gold if they choose to sell them.

They can, however, open them for the potential for greater rewards. Some notable rewards include 10 inferno ores which can be sold at 100g each for a total of 1k gold or crowning laurels that can sell for a couple thousand. In my opinion, it is much safer to sell the boxes themselves.

To maximize profit. A player might want to consider running multiple characters and pick up more than the max amount of daily chests. If he/she is time efficient and wins a lot of PvP, 3 characters for 3 boxes each would give the player 3.6k gold alone, not including vanguard rewards. Quite a hefty bit of profit for some boxes.

Conclusion
PvP is a great way of making a profit over time. I wouldn’t spam battlegrounds just for gold, it will get tedious and you’ll get angry at every loss (its lost earnings after all). My recommendation is to use your main PvP character to get all 3 daily boxes and sell them. That is 1.2k gold from the boxes alone and will only require 1 win of each battleground. Easy enough to do in a day and will keep you from going insane with PvP rage. I hope this guides helped you in some way. Thanks for reading and be sure to come to us if you want the best deal on Tera cheap Gold. Have fun!